A Great Team in One Day 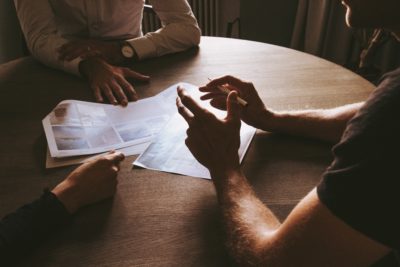 Photo by Thomas Drouault on Unsplash

Like every good citizen, I was glad to do my civic duty. Juror service never comes at the most convenient of times, but it’s a responsibility that’s part of our social contract. When I got the call, I was happy to answer.

The empaneling process was interesting, especially when the judge asked me if I had any unconscious biases. The correct answer here was clearly “no,” as opposed to, “I don’t know, because that’s what unconscious means.” The judge and I talked about conscious biases and prejudices instead, and I was cleared to join the jury. We spent the rest of the day hearing evidence.

Day 2 was, for me, the most exciting part of the process. I’m a team facilitator with a special interest in how groups of people perform together effectively when it matters. Our time together in the jury room was where the exciting stuff was going to happen.

Our juror team—six strangers—had a critical job to do. It was a criminal case. We had a man’s liberty at our disposal, and the safety of our local area to consider as well. A wrong decision would be bad either way.

We were in a small local courthouse. There were six of us on the jury instead of the more typical 12, so we were closer to the theoretical optimal team size. I was determined to get things kicked off well. I came in armed with my usual facilitator’s comfort kit of Sharpies and Post-Its, and I also brought enough snacks for everyone. No one appointed me the facilitator, but I knew how important our decision would be. I believed I could bring what I knew about high-performance teams to our discussion in a non-directive, uncoercive way, by merely modeling how good teams operate. I wanted to ensure we carried out our duty as effectively as possible.

I started by Checking In. With this simple Core Protocol, I began connecting more deeply with the others in the room by talking about how I felt at that moment. I shared that I felt happy about the task ahead, but also afraid because of the potential for getting it wrong—that we might convict an innocent person or release a criminal.

Here’s the thing: I just checked in. No big production about it, no intro to the science and research on high-performance teams, no autobiography. I didn’t tell them, “There’s a thing called the Core Protocols, and this is one called Checking In.” I just did it. It’s something I normally do when connecting to a group anyway. In this case, I was very consciously modeling the behavior, hoping that they’d reciprocate.

And they did. Mirror neurons did their thing. A second person Checked In, then a third. We surfaced the genuine apprehension we were all feeling, right from the start. This was important because for us to be a high-performing team and do our vital job well in this room, we had to feel psychologically safe with each other. We didn’t have time for a lengthy team-building process. I used a behavior I thought would best get us to that level of disclosure and openness, right from the introductions.

As our discussion unfolded, I picked up the Post-It notes and began writing down the facts I was hearing from the other jurors, collecting them in a pile on the table. I wanted to make the information visible, keep it in front of us as our conversation progressed. Just like when I modeled Check In, someone else mimicked me, and suddenly everyone knew what to do! If you had popped us all into a functional MRI scanner at that point, you would have seen our mirror neurons firing cheerfully in sync with each other. We started to reflect on the sequence of events that we had heard in yesterday’s evidence. We laid it all out as a timeline of Post-Its. We got all the facts out in front of us. We all agreed with each other on the sequence of events in the supposed crime—and this reduced the complexity of our task.

The meat of the discussion concerned the testimony, primarily how each of us had remembered it and interpreted it. How we had responded to the eyewitnesses and expert witnesses, and why. We discussed the differences in our recollection and our opinion of the credibility of the witnesses. We had contrasting responses to authority figures, like a police officer as a witness. For some of us that role authority unconsciously added trust to their words, and for others an instinctive resistance or expectation of bias.

Unpacking all of this was interesting and good. As I learned from other jurors about their thought processes, I was able to share some of my knowledge about human psychology and decision-making. For example, the phenomenon of decision fatigue, and the reason I’d brought in snacks to keep everybody’s brain glucose levels high. Even judges judge more harshly when they haven’t eaten in a while. As the morning wore on, I insisted that we not decide our verdict until after we ate lunch. I wanted our brains well-fed so we could make a good decision. We needed to do justice to doing justice.

We were all equals and peers in the room. I didn’t assume authority or direct the discussion itself. I just did my best to facilitate and organize the things we were saying, and to find ways to capture and structure the stuff we were recalling and discussing. No one in the group looked to me for leadership, and every person brought unique knowledge and skills to the conversation. This uniqueness of each individual perspective was highlighted by the way different people remembered different evidence, even though we had all heard the same witness testimony at the same time.

It was easy to introduce other subtle elements from the Core Protocols to help the discussion along. It reminded me how straightforward and intuitive this operating system for groups of humans is. For example, the Decider protocol: Thumbs up for agree, thumbs down for disagree, or a flat hand to support the group. It took seconds to demonstrate and teach the behavior so that we could reserve our time and energy for the deliberations themselves. We used Decider and Resolution both to learn more about what each of us thinking and to make our final verdict.

Although we didn’t agree on every element of the timeline and the facts before us, we did agree on the need for consensus. We listened to and responded to each other effectively and respectfully. My position shifted 180 degrees during the discussion, and I wasn’t the only one. This speaks to the quality of the conversation and the rigor of our process.

We’ll never know exactly what happened at the time of the offense because none of the six of us was there. All we could do was to review the evidence before us and to try to be aware of the biases, assumptions, and judgments we each brought to the situation.

We tried to keep in mind the very real limitations of witness testimony, made manifest by the differing accounts of the incident. But we did our job. We worked through all the evidence and our responses to it, and we came to the unanimous decision that was required. Our nominated spokesperson then stood up before the judge and shared our verdict. We all left the courtroom confident and satisfied that we had done our duty—for the defendant, the community, and the judicial process—to the best of our collective ability.

People need to collaborate in teams under so many circumstances, many outside the workplace. Whenever two or more people cooperate for any length of time in pursuit of a common goal, they are a team. Factors that support high performance and effectiveness are the same whatever the situation.

The more we communicate and connect respectfully and authentically in groups, the better we perform well together in all our human interactions. And this, in turn, helps to create the kind of just and fair society that I know I want to live in.