Aligning for Success: Getting the Universe to Help You Pay Attention to What You Want 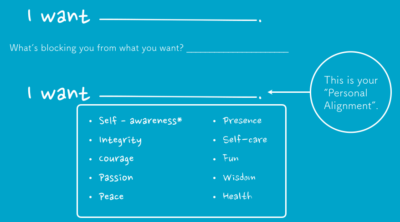 My colleague mentioned, “By the way, I was thinking of Sicily, for the September conference.”

Colleague: “Southern island of Italy. Nice climate for the time of year, and I heard about a great new venue there. If you agree I’ll check it out and get back to you.”

I was in the middle of other things at the time and not 100% sure I could picture where he meant, but I continued with my day and didn’t think much about it.

Later that evening, I saw a Facebook comment on a post from our neighbors Bill and Monica—and happened to notice that it was tagged, “Palms Hotel, Sicily.” What a coincidence! Except that the post itself was from the previous summer, resurfaced by a recent comment. I didn’t know Bill and Monica had been to Sicily… Well, I probably did at the time, though I guess I hadn’t paid much attention. That terrace looked lovely.

That night at our favorite local restaurant, I was startled to notice they had Sicilian wines on the menu. Had we ever tried them? Perhaps they recently reprinted the menus. The Nero d’Avolo sounded like it would be perfect with the steak salad I usually had.

Then back home glancing at Facebook again, the first thing I spotted was a Godfather meme…

What on earth was going on here? Had Zuckerberg lied about monitoring voice conversations, (and also somehow conspired with my local bistro)? Within the space of a few short hours, I had gone from being barely conscious of the existence of this autonomous region of Italy to spotting references to it all over my life—many of which had already been there, but I just hadn’t noticed.

*This is a short work of fiction in the tradition of The Phoenix Project, The Five Dysfunctions of a Team, and The Goal.

And that’s the thing because we are surrounded by information, images, and other stimuli in volumes which continue to increase exponentially. Over 34 GB per day of new information—we can’t possibly pay attention to all of that.

So we don’t. Our mind is extremely selective about where it puts its mind, so to speak, and how it processes and connects all those inputs to make sense of our world.

This phenomenon in which you start to notice references cropping up everywhere to that thing you just found out about is called the Frequency Illusion or Baader-Meinhof phenomenon. It was first described by Zwicky at Stanford in 2006 as the combined product of two intersecting cognitive biases.

The first is purely about selective attention, in the face of that 34 GB of data. Once triggered, we subconsciously tag a notion as something to look out for and keep an eye out for future examples of it. We just can’t help it. This would have served our primitive ancestors well. By being alert to changes in the environment that might signal a pending threat and connecting the dots of apparently unrelated examples of things, we could survive and pass on those clever genes.

This selective attention is coupled with another heuristic known as confirmation bias, in which each occasion of spotting the newly-triggered thought reinforces the impression that has exploded in manifestation overnight and is suddenly all around you. We start to pay conscious attention to the unconscious recognition, and this creates a high-gain positive-feedback loop, in which suddenly this thing is everywhere!

But how does this help us to align with the Core Commitments?

You might think that being aware of this effect would weaken its impact, but this does not appear to be the case in practice. It still works. You can use it proactively to make sure your subconscious is paying attention to the things that matter to you.

Take the Personal Alignment protocol from the Core Protocols. You iteratively work through the questions with the help of a colleague and identify that the value that you most urgently need in your life is more courage, for example. You are being held back from fulfilling your potential because you’re stuck in your comfort zone spinning your wheels.

Ok, so it’s great to identify this, but then what? If you want to make a change in your life, you’ll have to push forward. You can ask others to help with this and spot opportunities for you, but you need commit some thinking time to really explore and make the alignment real for yourself. When you do, your mind starts to pay attention.

Don’t skip this reflection time. It makes all the difference, embedding the signals for your mind to watch for.

Once you’re subconscious gets behind the idea that you want to challenge yourself and be brave, you will notice new potential in situations you have encountered for months. Whether it’s starting a conversation with that attractive stranger on your commute, taking the exterior elevator though it makes your knees wobble, or noticing a class that would be scary to take—how about signing up for that, eh?

The funny thing is that the flyer for the class is curling and yellowed around the edges. It’s been pinned to the bulletin board in the lobby for weeks. You never noticed it before, because your subconscious selective attention wasn’t looking for it.

You can call it what you like, this effect—karma, the Law of Attraction, “seek and ye shall find.” But when you get your mind in tune with your personal alignment, it will feel like the universe is on your side too, with everything in it lining up to support you in making the changes that you seek.