Ask For Help: The Devil Is in the Detail 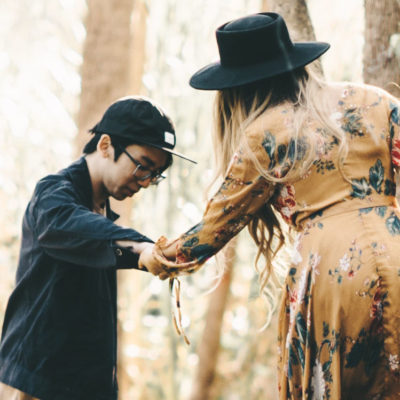 Photo by Henri Pham on Unsplash

In last month’s blog, we looked at some of the reasons we find it difficult to ask that simple question, “will you help me?” I wanted to come back to Ask For Help again because despite being one of the simplest team behaviors to explain or describe, it seems to be complicated by our culture, language, and expectations.

The words we use to ask for things in everyday life can cause confusion. Many of us use tentative or conditional language when we are socializing or at work. It sounds courteous or proper but nevertheless muddies the waters around the simple “question-response” format captured in the Ask For Help protocol.

Sam, will you help me publish this blog post?

I hate to put you out or be too much hassle, but if you didn’t mind, honestly I don’t want to be any trouble at all…. Nope, no bother, no worries…

It’s as though the way we request help has some kind of built-in apology muddled up into it before we even get to the end of the sentence defining the thing we want help with! Why do we feel embarrassed or ashamed or like it’s imposing on the other person somehow, and we express that before the question itself?

The thing to remember is that the protocol specifically guides the potential helper that they can decline—with no need to explain, justify, apologize, or help you find another helper or solution.

In this event it’s no worse than a neutral outcome: you’re no worse off, and you’re no further forward. In fact, asking for help usually delivers a positive outcome—even if they decline to help, just asking out loud clarifies your needs. And the person you asked has lost nothing by being part of the encounter, either. They just received the great compliment of being identified by you as someone who could add value to a situation, regardless of whether they obliged.

The way we use language has complicated things to the point that requests for help can go overlooked, unseen, or misunderstood, especially in situations where protocol and courtesy dominate in the extreme.

Here’s a real-life example. I used to train in martial arts. I was a second-degree black belt in taekwondo. One night at the dojang, I was working with the grandmaster. He is considerably senior to me in experience and rank. His language and culture provided barriers to direct assertive asking for help, however, so his acolytes had developed a habit of listening for and interpreting indirect remarks and mild expressions.

That night, the grandmaster he wondered aloud, “Do you think we will need the sparring gear this evening?” I thought he was asking for my opinion, and I answered his question. The next day I realized that he was actually saying, “I want you to absolutely make certain that the sparring gear is available for this evening’s session!”, and that the one and only one correct answer was supposed to have been, “Yes, sir, I’ll go get the sparring gear right now.” Culture and power distance can make asking for help a weird conversation.

In many workplaces, it is quite normal for delegation and direction to take place through the same flowery language. “Would you mind managing the Cooper account going forward?” If your boss is asking, you immediately realize that it’s not so much asking, as it is telling. It’s definitely not part of an “asking for help” protocol in which the helper has control over how they respond.

This is very different in professional settings where accuracy and immediate understanding are paramount. In all military and enforcement services, direct unambiguous orders are normal and expected. Nothing is dressed up or padded, and instructions are given out in a way which would be considered extremely rude in normal conversation but are completely appropriate when lives are at risk, or when training or preparing for such scenarios.

Also in emergency services, or non-emergency but nevertheless life-and-death situations like an operating theater: “Would you be so kind as to pass me that suture, if you aren’t too busy, and only if it’s not going to trouble you too much… Oh, never mind now, he actually bled out while I was framing my delightfully courteous request.”

Be careful not to sacrifice assertiveness and clarity in the name of politesse. While in most cases no one is actually going to die, the help you need could be the first casualty.

When you want help, ask for it directly, confidently, and unambiguously, because that is the way to be genuinely courteous to your potential helper. Make it easy for them to understand your wants and needs so they can respond effectively to them.

Reader, the next time you want help, will you ask for it clearly and unambiguously?

And if you think I can help you, just ask.