When’s the last time you got good feedback? 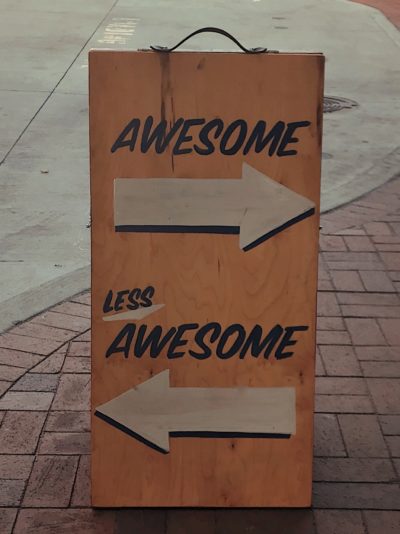 When’s the last time you got good feedback?

Not pat-on-the-back, puts-a-smile-on-your-face feedback. I mean effective feedback, feedback that helped you make a positive change in yourself.

Whether from a manager responsible for reviewing your performance, a peer evaluation system, or a 360-degree exercise, giving and receiving feedback is a regular part of most workplaces. We all need to know how we’re doing and how to correct course. But how effective is feedback, anyway, in terms of improving the performance and functioning of an individual or a team?

Marcus Buckingham and Ashley Goodall tackle the question in “The Feedback Fallacy,” a recent article in Harvard Business Review. They take a critical look at some of the difficulties associated with giving and receiving feedback in the workplace. They single out, in particular, the trend for harsh and radical criticism in some organizations as part of their competitive and “courageous” culture.

There is a definite sense that being able to “take feedback” effectively is a positive character attribute at work. You’re expected to listen and then make changes in yourself when others ruthlessly critique you. If you don’t, you’re a bad employee who “doesn’t respond well to feedback.” As the article illustrates, there are massive flaws with this approach. It’s detrimental to both performance and motivation. Attracting and retaining talented people is a significant challenge. Unless you want the next meeting to be an exit interview, it’s worth considering what’s going wrong with usual means of giving performance feedback.

The HBR article identifies some myths that impact the delivery and receipt of feedback. The first is “theory of the source of truth.” This is the myth that we are blissfully unaware of our shortcomings, and that we need others to tell us what we’re bad at. It’s as if we should give up on reflection and self-awareness. Who needs self-reflection and self-improvement when we have all these others eager to tell us how bad we are at our work?

Another myth is “theory of learning,” the mistaken pedagogy model that your colleagues can pour their knowledge into the empty vessel of your brain, that this is how you gain knowledge. According to this myth, all we have to do is be an empty receptacle, and all they have to do is fill us up with the right words instructing us to do and be better.

The third and most crucial myth the authors share is the “theory of excellence,” the belief in a single objective and transferrable truth about performance. In this myth, it’s possible to define what excellence in any work role looks like. You get measured against this arbitrary standard, and you’re supposed to aspire toward it. Nevermind what your unique superpowers, strengths, and internal motivations are. Nevermind what the manager doesn’t know about you, or what brand new perspective you might be able to bring to the team’s objectives. “Here’s what’s wrong with you as a person, and here’s the gap you have to bridge to be a clone of our top performer,” they tell you. How inspiring! A system that could never produce anything better than what you already have within the organization.

In traditional management hierarchies, these feedback conversations are either forced upon you at an arbitrary time, or they are scheduled on the annual performance management and review cycle. They’re not requested and received when they could make a difference to a specific person and activity. “Save it for the review”— sure you can learn from evaluation after many months of work, but how much more so could you learn in the moment?

There are alternatives. Just imagine:

First, wait until the person wants feedback and asks for it. They’re actively seeking feedback—now they’re open to it, they’ll hear you, and they’ll probably use the feedback you’re offering. (And we can all practice asking for help all the time. It’s probably the hardest skill to get good at.)

Next, use Perfection Game as the medium for the feedback. Perfection Game works like this: You start by offering a score from 1 to 10. The score is a gauge of how much value the feedback-giver could add to whatever it is you’re asking for feedback on. Then, you tell me about the positive attributes of the thing I want feedback on so I can do more of that. Finally, you tell me what else it would take to make it a perfect 10.

And here’s an example:

The combination of Ask for Help and Perfection Game work because I asked for the feedback. I’m open to it. I’m capable of hearing it and acting on it. In contrast, when feedback is forced on me, my fight-or-flight system kicks in. My brain shuts down, and I defend myself against all the criticism, I don’t hear you, and I don’t make any changes. Then I get the “doesn’t take feedback” label in my employee record, a red mark counted against me for the rest of my employment at the company.

Another reason it works is that you’re “yes-anding” me. With Perfection Game, You’re adding on to what I’ve been thinking or what I’ve created. You’re not cutting it down. You’re adding your ideas onto mine; we’re combining our ideas together. And we’re not constrained by a preset definition of correctness—we’re allowing ourselves to make it more awesome than previously imagined.

Finally, it works because it builds psychological safety. We don’t subject each other to painful ad-hominem emotional assaults. On successful teams, we build each other up, not cut each other down. When everything I do is subject to a biting review, I’m less likely to take risks—anything I do wrong can and will be used against me. Instead, with Perfection Game, you thoughtfully consider what I’ve done or created, and you give me actionable ideas that I can add on. Now we can all take risks and try new things, raising the skill and creativity levels of the team, and moving us toward accomplishments that no one had previously imagined.

The research shows that people who give forced feedback are likely to be factually wrong, anyway. Buckingham and Goodall note that the feedback is erroneous, too abstract to act on, and confuses excellence with the opposite of failure. Why waste your time on ineffective, team-destroying practice when it’s so easy to do better? Instead of converging to a mean, people build the resilience and confidence to truly excel at what they’re best at.

So, is it time to fix the way feedback is given and received in your team?