Vasco Duarte: First Scrum Team Was the Best Team of My Life

First Scrum Team Was the Best Team of My Life

Richard Kasperowski interviews Vasco Duarte. Vasco is a long-time Agilist and the host of the Scrum Master Toolbox Podcast. Vasco talks about his journey as an Agilist, starting with the time he did Scrum exactly by the book—and it turned out to be the best team of his life. Connect with Vasco on Twitter at https://twitter.com/duarte_vasco and on LinkedIn at https://linkedin.com/in/duartevasco/, and listen to the Scrum Master Toolbox Podcast at https://scrum-master-toolbox.org/. 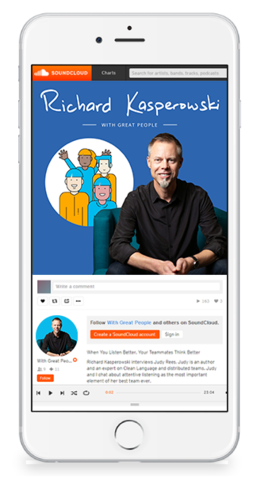 Richard Kasperowski:  00:10                Hi friends. Welcome back to With Great People, the podcast for high performance teams. I’m Richard Kasperowski. This episode is an interview with Vasco Duarte. Vasco is a longtime Agilist. He’s been a host of the Scrum Master Toolbox podcast. Vasco talks about his journey as an Agilist starting with the time he did Scrum exactly by the book and it turned out to be the best team of his life. To support this podcast, sing up for my newsletter at kasperowski.com. Thanks for listening.

Vasco:                          03:42                These were not easy people or something. It wasn’t like this kind of teams where everybody is happy from day one. It was tough to get it started, there wasn’t agreement about who to hire. The people were … I mean, they were all nice people but they weren’t these people who would say yes to everything. None of them had that kind of personality. These were people who stood for their ideas. Even from the start we had pretty heated debate about how to do Scrum and what kind of technology to use, what kind of architecture to use. All of them were outspoken.

Richard:                        06:43                Yeah. All right, now … I hope this story didn’t prime you in a sort of negative way. I want to know about, getting back to that best team ever and the story of the rest of the team that remains, if you take yourself back to that time, okay so we rewind back to 2004 and you’re with this team, maybe around the time they’re spinning up, maybe during the time that you were together doing the work over the next months or years, I’m not sure how long it was, maybe we’ll find out, as you re-experience that team, could you summarize the experience in one word?

Vasco:                          10:32                Also, on the subjective side, the team had a great atmosphere. Whenever you went through the room you immediately felt that something was happening. They were always receptive to people that came in to the room but they were also pretty clear about setting their own boundaries. I mean, they started silent hours in that company. From 10:00 am to 2:00 pm nobody was allowed to disturb anybody. If you wanted to talk, you would email first and then meet outside the room and you wouldn’t disturb the rest of the team.

Vasco:                          15:07                Anyways, it was the first project where I discovered that estimation was not only useless but it was actually actively negative in terms of team collaboration and stakeholder trust. We stopped estimating all together but we were still able to tell people what’s going to be ready and when because of the simple technique I developed back then that is now a core part of the no estimates approach which is to just count the number of stories.

Vasco:                          15:53                We were estimating. Actually at that time I remember reading Agile Estimation and Planning by Mike Cohn. Definitely a book that influenced me a lot. I would never recommend that book to anyone today. If you want to read anything about estimation, read about how the Egyptians built the pyramids, no estimates; or how the Romans conquered half of the known world, most of Europe and a lot of Asia, no estimates.

Vasco:                          16:25                There is a story about Caesar going to Germany and they are being attacked by a certain number of local tribes and they have to create a way to win that particular battle. They actually build a bridge, this was about 1700 years ago. They build a bridge in less than a week to cross the Rhine. Now, anyone that knows a little bit about geography knows that Rhine is a huge powerful river.

Vasco:                          17:45                That’s eventually what we ended up doing. I used the historical data to project our future delivery; we were exactly on time with the exact features we said would be live; we had three releases in one and a half years, which was also something new for our new product in that particular company. It was a bit far from continuous delivery, though, but there you go. That was a seminal project and a foundational project from my own understanding of Agile, and at the same time it was the best team I ever worked with.

Vasco:                          23:40                -but I do have to say that I am a big fan of cycles. By cycle, there’s a clear beginning and there’s a clear end. The clear end for me is important because when I go home on Friday, I feel I have achieved something. I don’t need to worry about the story that isn’t yet delivered that I need to deliver on Tuesday or Wednesday next week. I can feel that I have accomplished something and it cleans me off this mental overhead of things that are hanging and not finished that I left at work on Friday.

Vasco:                          27:15                Right? The team was part of creating a new product and they really felt that they owned the creation of that new product. I think that was, for me it was the secret sauce. We were not working for an abstract and possibly monolithic massive product backlog, we were actually getting feedback all the time. We were cleaning the backlog, taking stuff out, doing things we didn’t think about doing before as a result of that feedback.

Vasco:                          29:44                Yeah, there’s one story I wanted to share. Now, I’ve talked about how this team was holding themselves accountable and how they felt responsible for the creation they were putting together, the new product, but there was something else in this team. It was the first team that was truly autonomous. I want to tell this story because I think it’s quite illustrative of what autonomy can be. 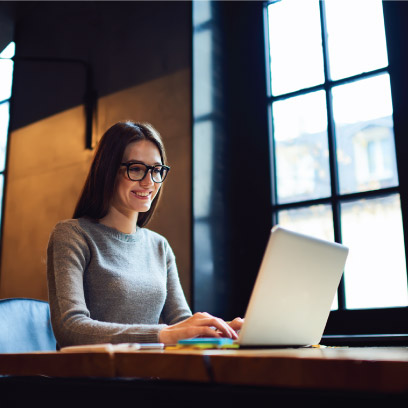