I Will Never Do Anything Dumb on Purpose

I Will Never Do Anything Dumb on Purpose

This episode is the first of a new series of solo pieces in which Richard will be sharing whatever he is thinking about at the moment related to great teams. Today we are talking about the necessity of rephrasing the 11th Core Commitment: I will never do anything dumb on purpose. 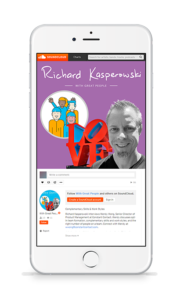 Hi friends. Welcome back to With Great People, the podcast for high–performance teams. I’m Richard Kasperowski. Do you know the origin story of this podcast? It  all started one night after a talk I did for a group of people in San Jose, California. A friend of mine showed up late. She noticed I was wearing  a levalier microphone and she asked for a copy of the recording. I said, of course, yes! And what if I published it for everyone in the world to listen to? I did and it became the first episode of this podcast series. The first few episodes were recordings of me speaking at conferences. And then I switched to something that I thought was a little more interesting – interviews with interesting people. I got to learn about them and the best teams of their lives and it has been so awesome. I’m so blessed to be able to spend time with these amazing people. We will keep doing that and we’re adding on! This episode is the first of a new series of solo pieces. I’ll be sharing whatever I’m thinking about at the moment related to great teams. I hope you enjoy these.

The more things change, the more they stay the same. This includes the fundamentals of human nature: what motivates us, how we work together in groups, how we collaborate and communicate. The essential truths are unchanged — from the earliest human tribes just trying to survive, to the high-performance teams of today.

The Core Protocols—derived from research and practice in a previous millennium—are like that. They hold up just as well today as they did decades ago, in any situation where two or more people are working towards a shared goal together. The Protocols and the associated Core Commitments are an effective set of tools for any collaborative endeavor.

In computer networks, protocols are built in layers, with applications sitting at the top of the stack. We update the applications frequently to reflect changing needs and circumstances, while the foundational layers remain stable. The exact words we use to describe the Core Protocols are like the topmost layer of the Core Protocols stack. It makes sense to update the language we use, so the Protocols and Commitments stay relevant and meaningful to each new generation of users.

I’ve been thinking, in particular, about the 11th Core Commitment, “I will never do anything dumb on purpose.”

In some ways, this is the single most important phrase in the entire system. It contains everything else within it. Of course, you’ll disengage from unproductive situations, offer effective help, disclose your needs and ideas, and all the other things that the commitments indicate. To do otherwise would be… dumb.

Back in 2002, when Software For Your Head was first published, dumb was precisely the right word. Using a different word would have been, frankly, dumb.

But word meanings shift. Students in a class I recently taught took issue with this usage of the word dumb. They followed up with a pull request on the Core Protocols repository in GitHub. That this word, dumb, needs to change.

Merriam-Webster defines dumb with a range of meanings related to the lack of intelligence. Definition #2 refers to someone lacking the ability to speak. Other meanings follow on from this one, including the use of dumb as a verb. Merriam-Webster adds, “There is evidence that, when applied to persons who cannot speak, dumb has come to be considered offensive.”

It’s this conflation of being unable to speak and lacking intellectual capacity that is a problem. The Deaf community enjoy rich and nuanced language, regardless of whether they can speak English aloud. While today most people use dumb only to mean something stupid or thoughtless, it’s easy to see how it can be offensive to people.

As it stands in the 11th Core Commitment, though, it is useful. It encompasses a lot of ideas in one simple word, and we’re going to struggle to find a single short replacement for it. Here are some examples of things that I would call “dumb on purpose” to illustrate the point:

In the first two examples, there could be a range of emotions driving this choice, including resentment, fear, a lack of psychological safety to speak up, selfishness, self-distancing, blaming, a sadistic urge to show someone else up. The third might be laziness and a weird need to test a hypothesis: you know she will get mad, and you don’t need to test it again.

Or stubbornness. The final one is a great example of when it can be really dumb to want to make a point or win an argument. As my wife Molly says to me, “Do you want to be right, or do you want to be connected with each other?”

Words and language and their acceptable usages change over time.

I grew up in a small town about a hundred miles west of Boston. It was pretty homogeneous: all white, all Christians, all middle class. I was taught to be afraid to cross the Connecticut River to the neighborhood where the Puerto Rican families lived. We had insulting words for the kid with a severe learning disability. I used crass racial stereotypes in my everyday language. My words never applied to anyone I’d ever met in real life—a behavior I had to unlearn very fast on my first day at college in Boston.

More recently, I have evolved the way I use inclusive personal pronouns in my writing in English. Just a couple of decades ago, it was totally fine to use masculine pronouns to refer to people—he and his when a person’s gender is unknown or unclear from context. But our cultural norms have changed. Now I strive to keep up the linguistic changes that match our cultural changes to embrace more fully the acknowledged spectrum of genders. I want to be inclusive. Many people are collectively disadvantaged by denied privilege. To actively include them takes some conscious action to reverse that. It’s not that hard to learn to say and write they and their, them and theirs. I want my writing, speaking, and teaching to connect with people more than I want to be “right” about grammar.

Molly’s wise words again: do you want to be right, or do you want to be connected with each other? I truly feel connected to the intention and the values which underpin the Core Protocols and the Core Commitments. Offering the Core to people in a way that they can connect with it—that’s a lot more important than stubbornly being “right” about this one little word, dumb.

I’ve put the Core on Github. It’s all up for debate, for all of us to chime in on with our thoughts and ideas. These things are not carved in biblical stone tablets. The language needs to stay fresh and relevant to connect with people. We need to ensure that the underlying ideas remain at the forefront of the work we do with our teams — creating great things together, in a completely satisfying and safe way. I’ve forked the original Protocols and upgraded them to version 3.1—so we’ve already shown it’s possible to update them responsibly.

What do you think? Can you rephrase Commitment 11 to make it better? Can you replace that one controversial word, dumb, with something more inclusive and appropriate? How can we include all the intended meanings, while at the same time, steering clear of all the negative words related to mental health and learning difficulties?

Maybe we could reverse-translate it back to English from one of the many other translations of older versions of the Core. That might help us get at the essence of it and avoid doing something that is… thoughtless/selfish/lazy/ill-considered/easy/stubborn/ungenerous… No, I really can’t come up with a single word that truly embraces all of the meaning.

Let’s keep the language fresh and meaningful without losing sight of the basic principles. 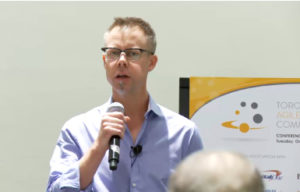