When and How to Pass – An Essential Protocol for Great Teams 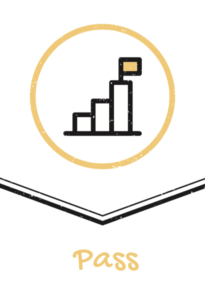 Being part of a great team doesn’t mean showing up and being awesome about everything, every second of every day. Great teams aren’t formed from robotic supermen and women who never have conflicts, contradictions, or confusion – or who’ve never had a bad moment. They’re made up of everyday people who bring their whole selves to work, and then choose how to manage that engagement throughout the day, aware of their own emotions at all times

We all have boundaries, and those boundaries are dynamic. The Pass protocol is a simple way to decline to participate in a conversation, activity, or decision.

It’s a way of signaling your need to disengage clearly and unambiguously to your teammates, and you can use it at any time – even when an activity is underway. (The only exception to the “anytime” rule, if you have adopted the Core Protocols in your team, is that you do need to participate in a Decider vote). Simply saying “I pass” means you’re out – by active choice. No need for drama or to physically exit the space; simply pass and your choice is made.

How does the idea make you feel, of coolly indicating you’re opting out with the two simple words, “I pass”?

It might sound challenging or overly assertive. You might recall past teams in which declaring your disengagement in this way would have been frowned upon, startling, or simply unthinkable…

But chances are that on those teams when people were officially included in conversations and activities, they were mentally and emotionally… Well, it was abundantly clear they would rather have kept their distance.

We’ve all been in those meetings. Sometimes body language says a lot, other times resistance spills out in passive-aggressive behavior, negative word-choice, or lack of eye contact. Folded arms, pursed lips – we’ve all experienced reactions which clearly scream out a need to pass, but where people don’t feel it’s OK to simply say so and move on.

Perhaps they’re concerned about consequences. The Pass protocol addresses this directly, making it clear that you don’t have to justify or excuse your passing, nor to offer an explanation. In fact, your inner motivations are not the subject at hand, so you can just keep them private. Similarly, you don’t demand explanations of others exercising this same right. You don’t get to question, judge, shame, or disadvantage them for passing, nor is it OK to discuss the pass itself or the reason for it.

Once you’re ready, unpass and so everyone knows you’re back on it. Until then, while you remain physically present (we’ll look at protocols for actually checking in and out another time), keep quiet. You passed, so stay out of it.

It’s a very simple and powerful protocol you can experiment easily within your teams by introducing the concept and then demonstrating its use in a couple of different situations. As a team leader, you could remind people they have this option in their toolkit, in the event you spot any other less-direct expressions of disengagement. “You look like you might want to pass on this … ?” Simple.

Of course, a team won’t be effective if everyone passes on everything all the time, and this protocol should not be used as a way to duck tough decisions or postpone difficult conversations. It’s one of the simplest of the Core Protocols to get comfortable with, as you work with your teams to make things better, but it’s not a magic pill to avoid resolving conflict in a healthy way or to delay dealing with challenges – hence the ‘Decider’ override indicated above. Some things you just have to show up for, whatever else is going on.

But at other times, we have choices, and we can exercise them, thus enabling us to be fully present and engaged when we are ready to do so and to be truly effective in our role as a team member.

In future blogs, we’ll examine other Core Protocols in detail. We’ll look at different ways they can be applied directly to the teams you are part of – at work, in your community, or even at home.

What are you going to Pass on today?